This is June 2012. These days when you want to watch a video on YouTube, there are ads which start that you can only skip after 5 seconds. I hate these ads because they eat into my meager bandwidth. I watched one of them to the end, the new Mercedez-Benz ad. Why did I do that?

Mercedez-Benz had five seconds to do something that the user wouldn’t skip. What did they do?

They started with a nice music video-ish clip of a scene moving past the screen, and some nice music in the background. You see what happened there? For a moment you wouldn’t know this is an ad. I didn’t hit skip. I waited. Then I was sucked into the ad, which is what they wanted. I didn’t like the whole ad so much, but that’s irrelevant; they got me to watch it.

I don’t know if this was intentional. Probably not, because they didn’t do this ad just for YouTube. They did it for TV, everywhere. But it worked here.

At the DAAD1 Young Ambassador2 annual meet in Delhi, India, we had a special session for presenting our photos and videos from around Germany. The night before, I decided I’d do something slightly better than just opening up the photos and tapping the right arrow key as the room stares at the projector screen out of nicety. So I stayed up all night making a video out of photos and clips, and threw in some of my favourite uncommon music. As dawn was breaking, I went to the front desk of our hotel and asked if the swimming pool was open yet. It was plain from my looks that I hadn’t slept. The guy must have thought I was crazy. He said it opens from eight. So I went back and hit the bed. And got up an hour later for our program that day.

Anyway, everyone liked the video. At the end, it was replayed as a way of finishing the meet, so that was great. Ms. Christiane Schlottmann, head of DAAD India, said the music was cool. I had uploaded it to YouTube and today DAAD India uploaded it to their newly opened YouTube channel. So here it is from their channel, and I hope you like it!

I played the drums at a Teachers’ Day performance of an original composition by our group in IISER Kolkata. 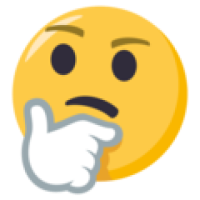