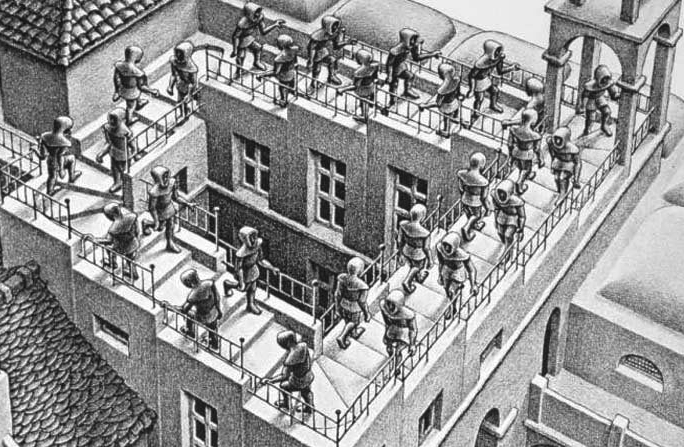 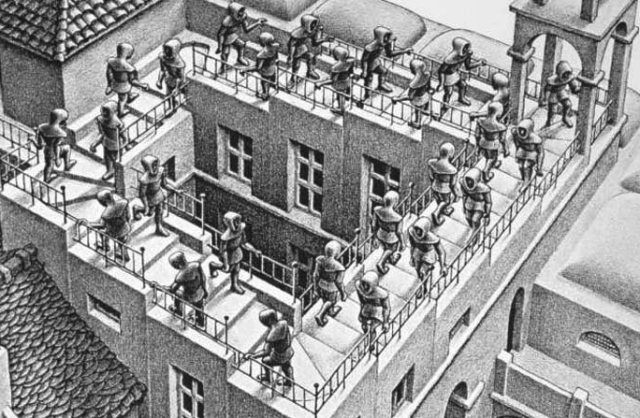 The other day, as I was simplifying some code I have written, I had a ‘realization’ about the nature of living.

(One might say that I have these too frequently. I suspect that psychedelics are partly to blame.)

It is tricky to articulate the realization, so it may be fun to try.

For my graduate school research, I have been building a sizable, complex software system with several interlinked modules, and am frequently confused by it myself as I improve or debug it. The other day, I noticed a minor aspect that could be simplified. But as I was about to do so, a small, annoying thought lingered for a moment: the simpler way seems obvious, so why had I written the more complex version in the first place? I suspected that I may have unwittingly complicated this aspect of the system while simplifying a different one.

Doesn’t that mean that my current ‘simplification’ project could again unknowingly complicate some other aspect of the code that is outside my present focus? Will this game continue forever, as I keep only solving problems in the code every day, yet unfathomably the behemoth persists, sprouting new complexities and problems every time one is struck down?

Where is the source of this dilemma? Well, let’s consider the feeling of gratification that arises when you solve a problem. Like many others, I look to this sense as a measure of progress, a reward for effort and time spent well. But is this feeling always a reliable indicator for true progress? I must have got the feeling even when a solution I just implemented produced a new unseen issue beyond my field of attention. As soon as a system is so complex that all of its parts and relations, causes and effects cannot be held in the mind at once, such lapses would invariably begin to occur. If a software system of a handful of interlinked programs is complex enough to delude true progress, what about more complex systems such as the economy, society, environment, with their innumerable interacting parts and participating agents with independent choices? This is a recipe for an endless self-renewing labyrinth, constantly feeding its captives a false sense of absolute progress towards a single simplest end.

I can’t claim to have really read Nietzsche, but he spoke of eternal recurrence. What if this sense of moving forward in life, of evolution, improvement, progress, is an illusion? What if it is an endless circle? We consider ourselves to be far more advanced than primitive societies. We have civilization, technology, medicine, civil rights and social justice, an increasingly interconnected global nervous system of information and economy. Every generation finds absolute ills with the previous, and strives to change the world to remedy them. There is a vision of utopia that the human enterprise is purportedly inching, sometimes bounding toward. At this rate, we ought to be many degrees more fulfilled than our primitive ancestors.

Are we? I profess to deeply doubt this commonly accepted notion of advancement through the eons. Haven’t we heard time and again that science, technology, religion and law have created as many problems as they have solved? We live physically in an increasingly polluted world amid an excess of material possessions, while struggling mentally with an excess of shallow, impulsive culture. The problem of too little has been solved with a device of too much. Like the shark that needs to keep swimming to breathe, our society needs to produce and consume at ever-escalating rates to keep up with its own needs. Yes, we are measurably better in terms of what we care about measuring today, such as GDP. But haven’t we lost sight of certain other measures that were abundantly clear to simpler societies, such as happiness, rest and communion with nature, and been silently regressing along those dimensions?

No, my realization at my work desk was not that a return to a simpler society of sustenance economy would solve the issues I am talking about. Nor even was it a bulletproof prescription that we consider a wider, global view of any system before we attempt to improve it, and all will be well. My intuition was much more dire: that such absolute progress is fundamentally impossible in this world. Life is a self-renewing labyrinth in its very nature, beyond our power and control. Like the endlessly ascending Escher’s stairs or the endlessly rising Shepard’s tone, it readily provides an obvious sense of relative advancement, while in the global picture shrouded from our finite eyes, nothing ever gets anywhere. Life deludes us with the illusion of unidirectional progress, while cycling and resetting all the time.

But this realization is equally liberating when we see that so it must be. When we see war, poverty and environmental destruction, we ascribe it so often to the intention of corrupt, malicious people, and this idea of absolute evil is born. Is it not more plausible that they, too, were only trying to solve some other relative, finite problem in their time? Indeed, how could life be so limitlessly varied across vast stretches of space, eons of geological time, and the ceaseless struggle and drama of different peoples, if it does not endlessly renew itself, and transmute its good into its evil? I find it difficult to believe in a story of the world that is marching along a finite linear trajectory from its beginning to an ultimate equilibrium. Instead, not only do I increasingly believe that this game is perpetually regenerating, but feel quite content to play it, to participate in its dopamine hits of illusory success and failure, its apparent purpose and meaning, its ever-shifting good and evil. Let me end then by asking you what Nietzsche asked: if life only goes through eternal recurrence, how would you like to play?